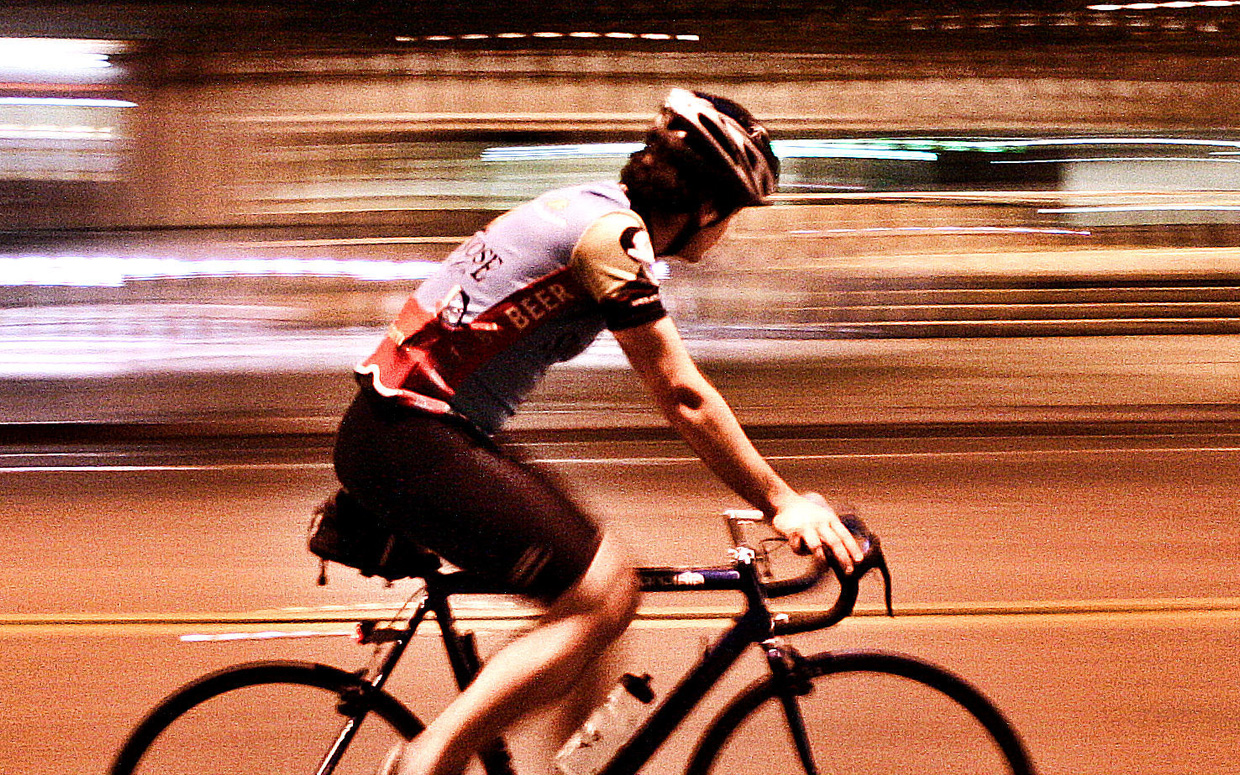 Posted at 23:35h in Road Safety by Mainadmin 0 Comments
0 Likes

One of the biggest mistakes that people make when they start biking is to take the exact same routes they used when they were driving. It’s usually better to take the streets with fewer and slower cars. Sure, cyclists have a right to the road, but that’s a small consolation when you’re dead. Consider how far you can take this strategy:

If you learn your routes well, you’ll find that in many cities you can travel through neighborhoods to get to most places, only crossing the busiest streets rather than traveling on them.

Headlights are just as important as rear lights. Look for the new kind with LED’s since they last ten times as long on a set of batteries as old-style lights.

Take the whole lane when appropriate

It’s often safer to take the whole lane, or at least ride a little bit to the right rather than hug the left curb. Here’s why:

Cars at intersections ahead of you can see you better if you’re squarely in the road rather than on the extreme edge where you’re easily overlooked.
Taking the lane prevents cars from passing you too closely on narrow roadways.
Riding a bit to the right prevents you from potentially riding into am open car door.
You might worry about slowing down the traffic behind you if you take the lane. But if you’re on the kind of street where you’ve got cars blocked up behind you or constantly changing lanes to get around you, you’re probably on the wrong street and should find a quieter neighborhood street.

Taking the lane works especially well in most traffic circles. The traffic generally moves slower so it’s easy to keep up, riding in the lane makes you more visible to motorists, and taking the lane prevents motorists from right hooking you as they exit the circle.

It’s perfectly legal for you to take the lane when appropriate. Here are some things that make it impracticable to ride to the extreme left:

You’re in a heavy traffic area with lots of side streets, parking lots, or driveways ahead and to your left. Cars turning left won’t see you because they’re looking for traffic in the middle of the road, not on the extreme edge of the road. Move right.
Cars are passing you too closely. If the lane is too narrow for cars to pass you safely, then move right and take the whole lane.
Getting buzzed by cars is dangerous.
Cars are parked on the left-hand side of the road. If you ride too close to these you’re going to get knocked by a door when someone gets out of their car. Move right
There are risks to both riding to the extreme left as well as taking the lane. Whether you ride to the left or take the lane depends on the conditions of the roadway you’re on. On wide roadways with slow traffic and few intersections/driveways, ride further left. On fast roadways with lots of traffic and intersections, ride farther to the right. It’s not always better to take the lane or to hug the curb; it depends on the roadway you’re on.

Ride as if you were invisible

It’s often helpful to ride in such a way that motorists won’t hit you even if they don’t see you. You’re not trying to BE invisible, you’re trying to make it irrelevant whether cars see you or not. If you ride in such a way that a car has to see you to take action to avoid hitting you (e.g., by their slowing down or changing lanes), then that means they will definitely hit you if they don’t see you. But if you stay out of their way, then you won’t get hit even if they didn’t notice you were there.

On very fast roads cars have less time to see you because they’re approaching so fast. Of course, you should avoid fast roads in the first place if at all possible, unless there’s plenty of room for a car and a bike side by side. And if there IS such room, then on fast roadways, you can practice invisibility by riding to the extreme right. If you’re far enough right that you’re not in the part of the lane the cars are in, then they’ll zoom by and won’t hit you, even if they never saw you. Here’s another example: It’s a good idea to signal a left turn, but it’s a better idea to make your left turn at a time or place where there aren’t cars behind you that could hit you while you’re stopped and waiting to make that turn. You can hang out in the middle of the street, stopped, with your left arm out, waiting to make your turn, but you’re counting on cars behind you to see you and stop. If they don’t see you, you’re in trouble. Naturally we don’t advocate running red lights, but if you’re the kind of person who does, then apply the invisibility principle when deciding on whether to run a particular light: Could any cross traffic possibly hit me if I were invisible? If yes, then absolutely don’t do it. Never make a car have to slow down to avoid hitting you (red light or not). Remember, the more you rely on cars to see you to avoid hitting you, the more chances they’ll have to actually do so.

Remember, you’re not trying to BE invisible, you’re just riding with the assumption that cars can’t see you. Of course, you certainly want them to see you, and you should help them with that. That’s why you’ll wave to motorists whom you think might be about to pull out in front of you, and why you’ll be lit up like a Christmas tree at night (front and rear lights).

Remember that in many cases you’ll need to take the lane, in which case you’re counting on motorists to see you.